The categories of artists in collecting - Established artists

We have come to the part about how to define established artists. They are recognised artists whose works are referred to as “blue-chip” by collectors. Such artists are at a mature stage in their careers, known not only in their own countries but also internationally. Their works have been acquired many times by museums and have been sold at auctions – the value of the artwork is automatically confirmed by its long-standing strong position in the market. When acquiring the work of an established artist, the collector has no doubts about the subsequent increase in the value of the work. All that is left is to surrender to one’s feelings and pay out no small sum for a masterpiece of Contemporary Art.

An obvious example of established artists from Russian art history is the Komar & Melamid duo. Having emigrated to the United States after organising the Bulldozer Exhibition in 1974, they met the gallery owner Ronald Feldman and began to build a new career in the West. Thanks to a number of performances and projects – which have already gone down in history, (“We Buy and Sell Souls”, “Art Academy for Elephants”, “Pravda Cutlets” and others) – they became extremely well-known in the 1980s.

In 2019 Alexander Melamid undertook his first project in Russia since he emigrated. He created the series “Russian Abstract Expressionism”, consisting of six paintings, each of which changes under UV lighting, revealing the artist’s hidden messages. They are presented on our website.

In JART Gallery you can see the works of the Komar & Melamid duo, as well as Alexander Melamid's solo projects created in the last decade. On jart.market you can find edition prints of one of the most recognisable works of the duo – “Perfect Slogan”. 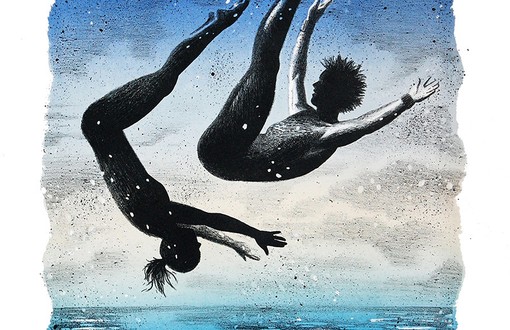